How the Ratcheting Wheel Tool Came About

George Fussell began his career in the electrical industry as a Groundman in 2001. He quickly moved up to an apprentice in late 2002 and spent 4 years learning the industry inside and out, in 2007 he graduated to First Class lineman where he spent 10 years working on underground and overhead transformers.

During his tenure as a lineman, George loved his job but found that the tool to tighten lugs on transformers were difficult to use while wearing the proper safety gear, while attempting to tighten the lug in the initial stages the ratchet would not engage causing the lug to just spin back and forth. George found this to be the most frustrating part of the work and decided to do something about it. Several years later he came up with the prototype for the Ratcheting wheel and set off the find someone to make the first prototype. George spent the next month’s using his new invention and fine tuning it to make it the easiest tool to use when tightening lugs on the job.

Working with others in the field, his new tool started to gain traction and more lineman began asking where to get this, George replied he had it made to make his job easier and the lineman asked him to begin making them a tool. George decided to learn how to enter the field of tool design and development and bring the product to all the lineman in the country facing the same problem day in and day out. From lineman to lineman, this product will make your job easier too!

George is extremely proud to have come up with this design and as a lineman for over a decade he understands the demand for hard work and the pressure to get the job done. George loves to hear from lineman and AP on how this product has helped you, whether you’re in the air or in the trenches reach out and tell George your story! 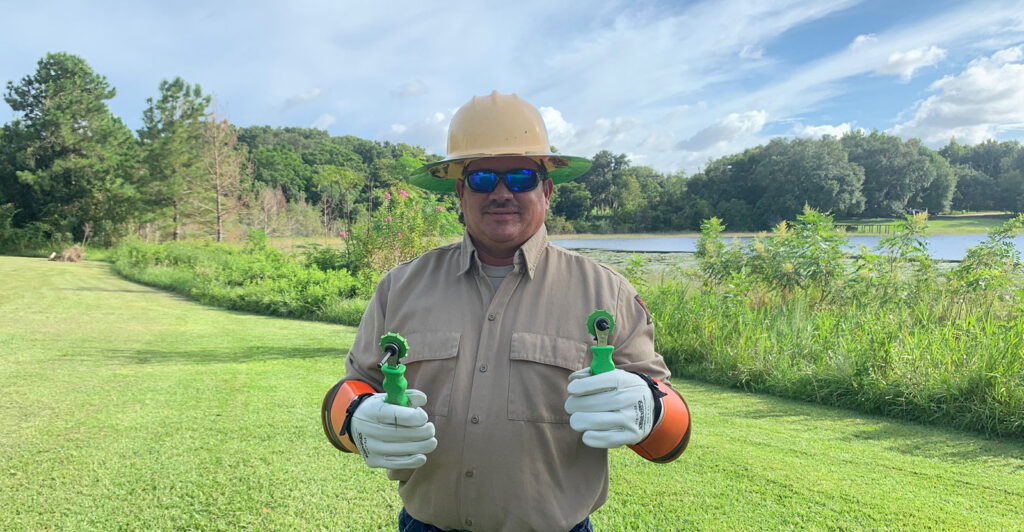 From a lineman to a lineman, here it is…Constructed from hard work.

As a lineman, “I am really proud to have come this far with my idea. As linemen, we are always pushing and working hard. So, as you use this tool you better believe it came from a lineman. You will get in a tight spot one day whether it be in the air or underground and hopefully you will E-mail me and tell me the story of how my tool helped you out.”